Why I Do What I Do

This weekend, while rounding in the ICU, I looked up and saw a picture of one of my patients, smiling with his wife, standing next to two nurses who cared for him.

He was a previously healthy man in his early 30's.  A few days earlier, he had a fever, and then developed shortness of breath.  I had come in to the ER to see him at 1 am, saw that he had congestive heart failure and a weak left ventricle.  We stabilized him temporarily, but the next day, he was intubated, his blood pressure was dropping and he was requiring multiple medications to support his blood pressure.  This previously healthy man's life was in danger.  I cancelled half of my morning's patients to emergently place a central line to sort out what was going on.

In the days to come, he gradually improved, his heart function strengthened, and a week later he was discharged.

I see him in my office, and he's sitting on my exam table, smiling, and you'd think he'd never been ill.  He feels great.  He's back to work and back to playing basketball

And, I swear, when I saw that picture of him, smiling with the team who helped save his life, I smiled.
Posted by VeganHeartDoc at 9:15 PM 4 comments:

Got my Mojo Back

I was very disappointed after my long run this weekend.  Read below -- it was awful.  But I'm better now.

My coach was right.  I needed a few days off.  Monday was an hour of weights, Tuesday was a 30 minute run with a few accelerations, and today was a track workout.  We did 800's, and mine were all consistently between 3:34-3:37.

And, I set the treadmill at a 1% incline, to best emulate running outdoors.  So, I felt like I was ready for my 18 miler on Sunday.

My goal was to run the 18 miles at 9:10 per mile.  The first three miles were at 9:30/mile.  I wasn't feeling fabulous, but I was chugging along.  At mile 5, I had an awful stomach cramp.  I stopped for a few minutes, rehydrated and slugged down a Hammer gel and kept going.  But, as the run progressed, I kept getting slower.  My legs felt heavy and I felt a bit tired.  By mile 14, I was just forcing myself to keep going, and my pace was down to 10:30 per mile.  I pushed to 16 miles and called it quits early.  There was no point in torturing myself to get the extra two miles out.

I've been agonizing over this not-so-stellar performance.  What went wrong?  Am I doing too much treadmill running?  Does this mean that the Long Beach Marathon is going to be a miserable experience too?  And my little Boston Marathon dream -- forget it!

I was so glad to talk to Coach Jamie today.  It was quite reassuring.  He thinks I'm overtrained, and has more confidence in me than I probably have in myself right now.

I'll have a day of easy running tomorrow, some track work on Wednesday, a 10K time trial on Friday, and an 18 mile run Sunday.  Coach Jamie thinks that if I can nail this 18 miler then I will be okay.  I've also vowed to do all of my running this week on the roads, not on a treadmill.  Maybe that will help.  I hope.....
Posted by VeganHeartDoc at 9:25 PM 3 comments: 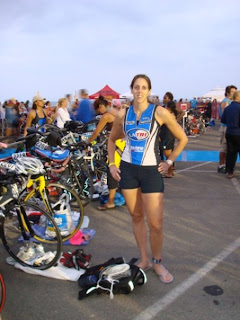 Pre-Race, in the transition area. 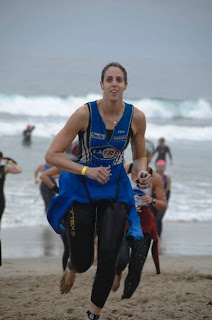 Running out of the ocean after the swim.  I may be smiling, but I am absolutely sucking wind! 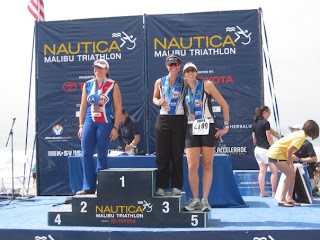 On the podium at the Awards Ceremony --

Fourth Place Athena (since the first place girl started in the wrong wave, she was dq'ed)!!!!

Posted by VeganHeartDoc at 9:51 PM 2 comments:

Today I celebrated my 34th birthday by racing the Malibu Triathlon!!! 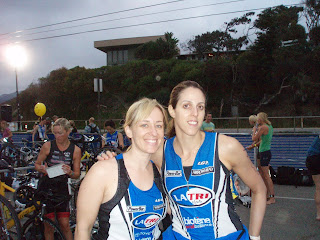 Me and April, a teammate, in the transition area before the race.

I did something different -- instead of racing as an age group athlete, I raced as an Athena, the category for women 150 pounds and higher.  My weight hovers between 148-150, and on the morning before the race, I was 150 so I decided to go for it.  Coach Jamie didn't agree with my decision -- he says I'm "competitive" and should "be fair", while another coach suggested I should use my size to my advantage and race in the Athena category.  While I admit that I am a normal weight for my height, being tall (5' 9 1/2") presents a definite disadvantage in triathlon, since long legs biomechanically are horrible levers on the bike and serve as somewhat of a disadvantage for running.

The swim was a bit choppy.  Some of the waves got some big swells, while ours didn't seem so bad.  I felt my swim was good, though I must admit I crashed into the third buoy before I went around it.  Yes, clutzy, but only cost me a couple seconds.  Even getting out of the water, it was a bit choppy.

I was pretty breathless getting out of the water, probably because of all the chop, and was having a heck of a time running through the sand to the transition area.  My bike ride was good, for me.  One benefit of being in a late wave is that I get to pass people on the bike, which isn't a common occurrence since the bike is my weakest leg of the race.  One girl on an archaic bike with no pedal clips kept passing me, and then I would pass her.  Every time she pulled up next to me, I laughed to myself, "I have a Cervelo!  Your bike isn't supposed to pass mine!"  But in the end, pride took over -- I wasn't going to let THAT bike beat me :) and I passed her for good.

I enjoyed the run.  Coach Jamie wanted me to run it in 8 minute splits.  I didn't quite hit that goal, but did run about 8:30/mile, and saw great friends and teammates on the course.  Best of all, my 4 year-old niece had just run the Tot Trot, and I saw my family near the finish line -- with about 200 feet to go, my brother yells, "Good job -- 2 more miles!"  I laughed, and dashed for the finish.

In the end, I finished in 2 hours and 3 minutes, five minutes faster than last year.  I placed fourth in the Athena category, which means I got to stand on the podium, which I have never had the chance to do at a large race.

I couldn't have had a more thrilling birthday!
Posted by VeganHeartDoc at 8:48 PM 1 comment:

No Soup For You! -- Watching out for Salt

There seems to be a common theme this week:  My patients love soup. 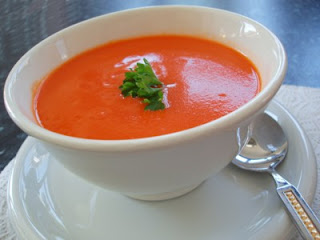 Some may believe that if the soup is homemade then it must be healthy and low in sodium -- not true.  A homemade chicken soup is made from the drippings of a chicken or another animal, which naturally are full of sodium.

Unless the broth is made with just water and vegetables, or is specifically labeled with a low sodium content, the soup is high in sodium, and if you have hypertension or congestive heart failure, then it is best to just stay away.
Image from static.howstuffworks.com
Posted by VeganHeartDoc at 10:59 PM No comments:

I love this spinach dip and will be bringing it with me to a Labor Day party this afternoon.  It's easy to make, healthier than a standard spinach dip, and tasty. 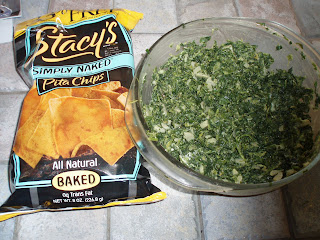 Mix all ingredients in a bowl.  Refrigerate overnight.  Serve with chips.
Posted by VeganHeartDoc at 10:54 AM 1 comment:

A common conversation that I have with my patients is how they've altered their diet once they have learned that they have elevated cholesterol.  Most will tell me that they've cut back on beef, but are eating more fish and chicken, and unfortunately, their cholesterol levels have not improved.

All animal foods contain cholesterol, because like us humans, their livers produce cholesterol.  In fact, beef and chicken and fish all have just as much cholesterol in them, so by switching to fish and chicken, dietary cholesterol consumption will not decrease.

More importantly, though, is saturated fat, which raises our bodies' cholesterol levels.  Interestingly, animal foods tend to be higher in saturated fat than plant foods.  These values are taken from the USDA National Nutrient Database:

However, here are the quantities of saturated fat for several vegetarian sources of protein:

Animal products tend to be high in both saturated fat and cholesterol.  So, if you have elevated cholesterol, it is especially important to limit your consumption of animal products.
Posted by VeganHeartDoc at 10:05 PM 5 comments: