Going for the BQ -- Boston Qualifier

After my nearly ten years as a multisport athlete, I have one goal on my bucket list -- the BQ.  Boston Qualifier.  And, as I turn 40 next year, there's no time like the present, since the qualifying standard becomes a slightly less challenging time of 3:45 as I age up.

I talked to my coach, Gerardo of Fortius Racing, and he thinks I can do it.  Actually, he has given me the goal of 3:39.  A 3:39 would give me adequate cushion to my time to make sure I can get a spot in the 2016 Boston Marathon.

I plan to qualify for the Boston Marathon at the Napa Marathon on March 1, 2015.

That's an 8:21 per mile pace.  I stutter a bit as I type that, because that's pretty darn fast. 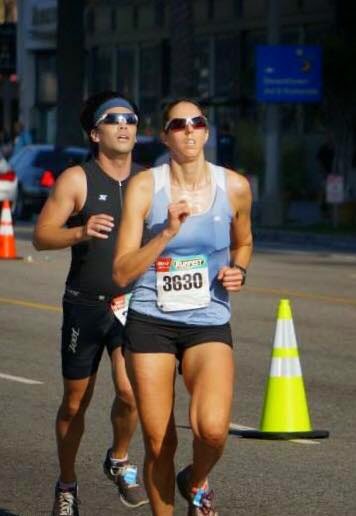 I am currently in my base training, which is the early training for the marathon.  So far, I've been doing a lot of trail running.  But recently, the training has picked up, and I have to admit, it's a little scary.

My coach sounds confident that I can achieve a qualifying time if I do the workout plan that he gives me.  I am nervous, but I'm going to trust him, because he knows what he's talking about.

It's going to be a tough four months.  But, I'm ready for the challenge.
Posted by VeganHeartDoc at 6:53 PM 1 comment: