Often a holiday of culinary decadence with eggs, meat, cream, butter, matzah and constipation, I like to take a healthy spin on Pesach.  Here are several years of Passover seders, dishes, and exploration.  The older posts are some of my more rudimentary attempts at vegan Pesach dishes.  The more recent posts, particularly my three seders 2011-2013, represent a far more polished effort. 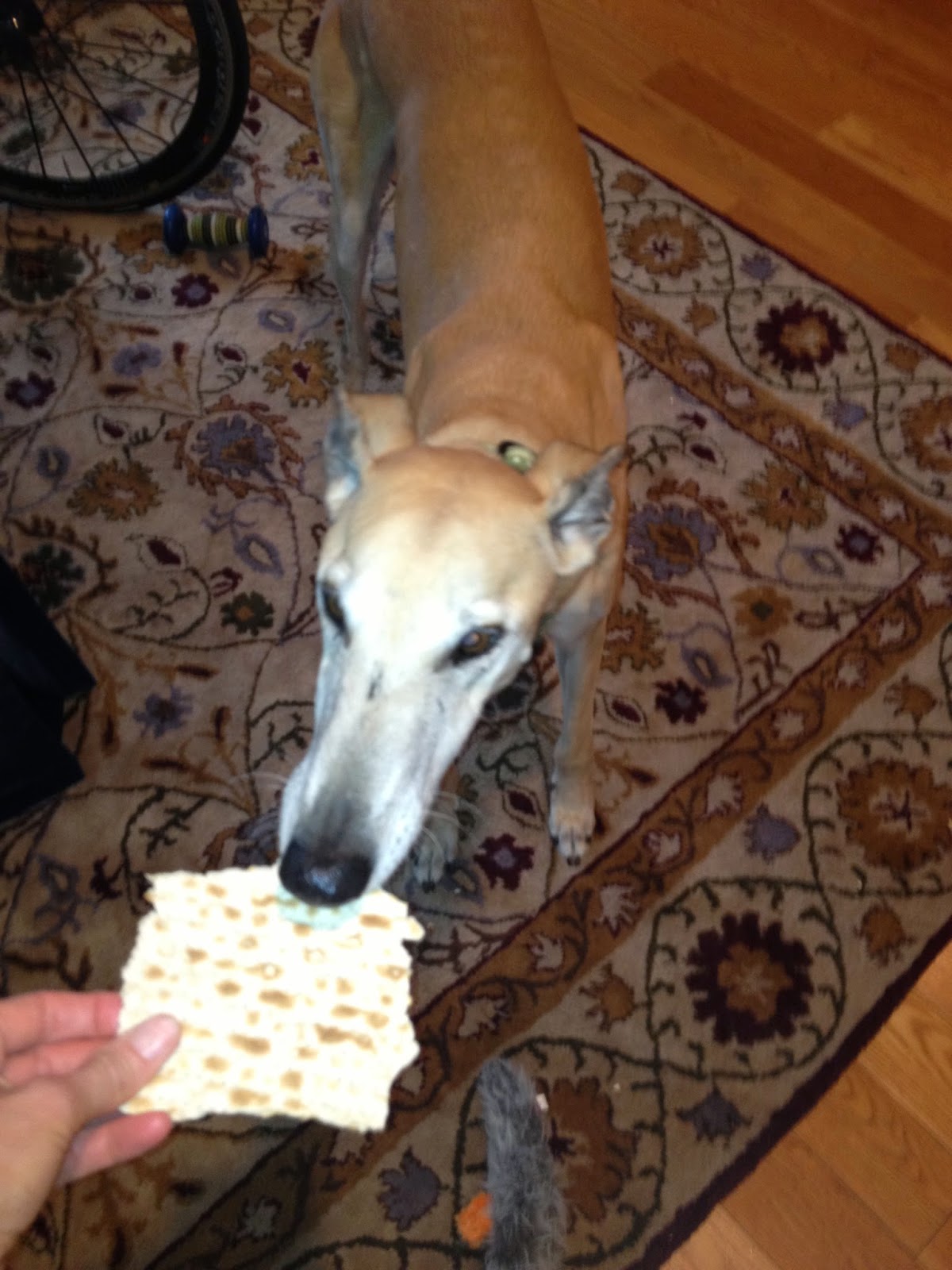 Posted by VeganHeartDoc at 8:23 PM No comments:

One day last week, I had three plant-based vegan patients on my schedule.  As a managed-care employed cardiologist, that's a lot!!

And, my vegan patients tend to have very interesting questions.  So in my next few posts, I'm going to address a few of them. 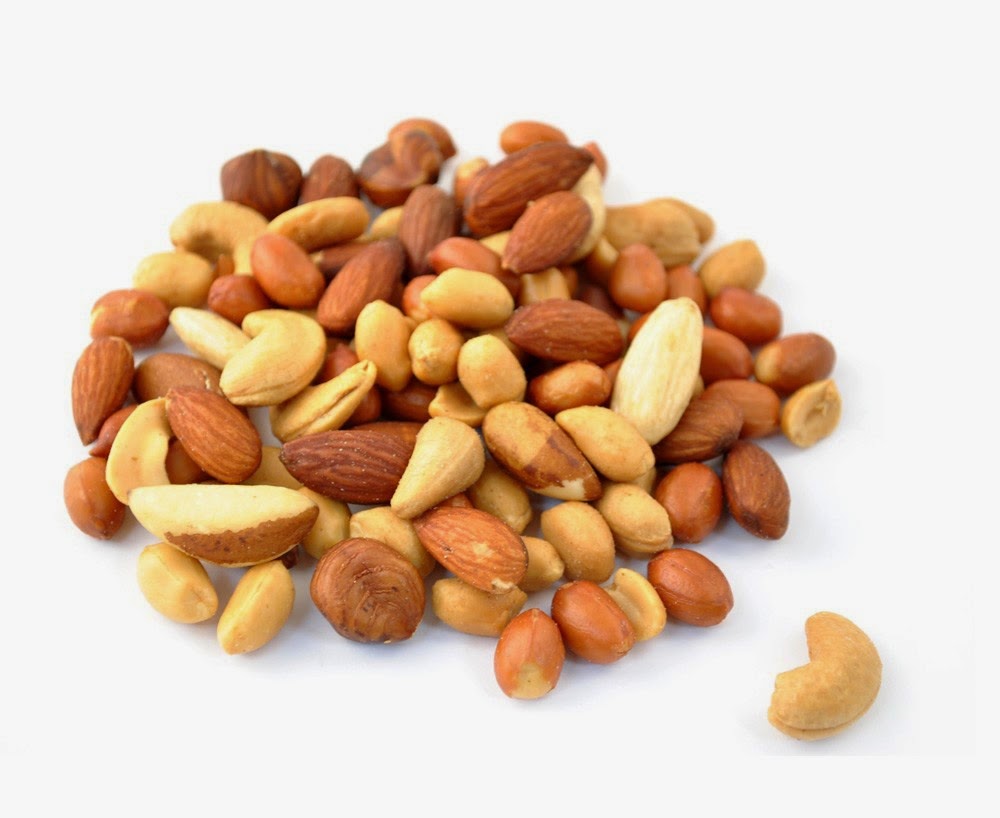 Longer answer:  Dr. Caldwell Esselstyn, in his book Prevent and Reverse Heart Disease, put his patients on plant-based diets with no oil and no nuts.  Through that diet, he demonstrated reversal of coronary disease and a lack of cardiovascular events over the course of five years.

I tell my patients, "I don't tell you to do anything I don't do.  When I tell you to exercise, I am exercising almost every day.  And a plant-based diet, I follow that."  But, I do eat nuts, in moderation.  As a young woman who exercises 10-15 hours per week, and does not have coronary artery disease, I don't need to restrict my consumption of nuts, other than to make sure that I don't consume too many calories.  Nuts are an excellent source of protein, fiber, and many different vitamins and minerals.  But they also have a lot of calories and fat, so in any diet, they should not be consumed in large quantities.
Posted by VeganHeartDoc at 9:13 PM 2 comments:

I wrote a chapter for this book, Rethink Food.  It is available on Amazon for purchase! 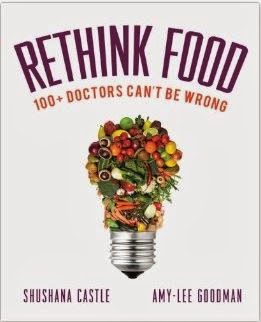 "
Featuring over 100 doctors, 8 renowned nutritionists, and 8 elite athletes from around the world, Rethink Food empowers you with a tastefully simple solution for a healthier, stronger, and smarter you! The misinformation regarding our health is one of today’s greatest injustices. We have been led to believe that meat and dairy are the foundation of good health. This is a myth and the science can no longer be ignored. From the Ivy Leagues of Harvard, Princeton, Yale, and Cornell to the UK, India, Germany, Italy, Brazil, Mexico, and New Zealand, ReThink Food’s experts explain how we can reverse heart disease and diabetes, eliminate food allergens and autoimmune diseases, live pain- free from arthritis, prevent Alzheimer’s, even bring cancer into remission and much more by completely removing all animal products from our plates. In the history of disease we have never before faced such rampant levels of illnesses. We are turning to prescriptions for answers, but they do not address the root cause of diseases. The truth is our health is not completely dictated by our genes. Our meat and dairy diets are the primary cause of our alarming rise in chronic health problems and disease. Rethink Food’s doctors conclusively prove that we have the power to reverse and prevent today’s leading health problems simply by choosing a whole food plant-based diet! Plus as Rethink Food’s top professional athletes show, achieving peak performance and winning gold depends on being powered by plants. We were inspired to write ReThink Food after watching family and friends struggle with today’s most common diseases for years and then completely rid themselves of the debilitating symptoms and re-gain their health and vitality within months by fully adopting a whole foods plant-based diet. As these doctors attest, there is a powerful connection between disease and wellness that is strongly associated with our dietary choices. Changing what we eat has the power to change our lives. It all begins with the courage to rethink food. Join us!"

Running again... and a return to Barry's

It's been three months since my right foot 5th metatarsal fracture.

My fracture is almost, but not completely, healed.  The orthopedic surgeon has cleared me to do "light running," which apparently means I can run on dirt, trails, and treadmills, but not on pavement.

So, for the past 3 weeks, I've been running a few days a week.  At first my right foot would practically slap down on the ground and I feared flexing the foot, so my running gait was pretty awkward.  But gradually it's gotten better.  Physical therapy, as well as gaining some confidence as I continued running, helped.  In fact, I was just discharged from physical therapy, in that I'm recovering well on my own, with the caveat that I need to try to "duplicate" with my right foot what my left foot is doing.

On Sunday I ran nearly six miles of trails over the course of an hour and I felt fabulous.

Today I decided on the real test -- Barry's Boot Camp.  Now, Barry's is one of my favorite workouts.  30 minutes treadmill and 30 minutes fast-paced weights.  And, being the competitive person I am, I try to get on a treadmill next to someone who I think will be pretty fast to inspire me to run fast.  And I look around and see how fast people around me are running.

It's not only my speed that I've lost.  As I changed out of my work scrubs and into my workout clothes, I thought to myself, the last time I was here at Barry's, I had better shaped legs, and a little less padding around my abs.  So I was a little self-conscious too.

Today, I knew I had to put the competitive me aside.  After three months of recovery from a fractured foot, just getting to Barry's today is a victory.  I warmed up and decided I would just stick with the "beginner" speeds; before my fracture, I would do the intermediate speeds, which would put me faster than most girls in the class and up there and faster than several of the guys.  But today, getting back into things, I would be a beginner.

Then our instructor Erik started calling out the speeds:  "4.0 beginner, 5.0 intermediate, 6.0 advanced" to start.  And something came over me.  I wasn't a beginner.  Maybe I'm not an intermediate, but let me push this a bit.  So I ran at speeds exactly between beginner and intermediate.  When beginners ran at 9.0, I ran at 9.5.

I surprised myself.  I could have pushed harder, but since I haven't sprinted on a treadmill in 3 months, I didn't want to go all out.  I looked around at the end of class, and again, I was running faster than most of the girls, and the guy to my left, even on my first trip back to Barry's.

I feel pretty awesome. Maybe I haven't lost as much fitness as I thought.  And my shape, I'll get that back.
Posted by VeganHeartDoc at 8:03 PM 1 comment: