It began in Israel in July, where I was competing in the Maccabiah Games.  Our first event was the Bike Time Trial.  This involved a commute from Tel Aviv up to a kibbutz in the Golan Heights, in the north of the country.  For a race start at 7:30 am, this required us to meet up in the lobby of the hotel at 2:30 am to drop off our bikes.  I had miraculously gotten to bed at 8 pm, so I had some rest.  But I was tired.  We discovered that the hotel was kind enough to open up the coffee cart to provide complimentary drinks.

On a whim, I tried a soy latte.  And I was surprised, it tasted quite good.  And there I was, wide awake, probably the only one awake for the entire two hour bus trip up north!  Shortly thereafter, I got on my bike and had an incredible race, or at least good for me, averaging over twenty miles per hour on a hilly time trial course. 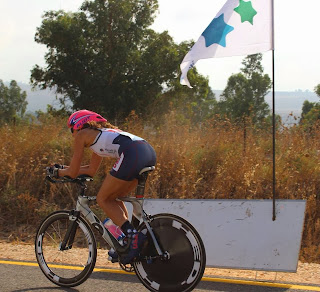 So I figured, if I had a good bike time trial on some coffee, why not try it before other workouts?  And so, I had my daily latte for the rest of the trip.  I noticed that my morning runs were faster on coffee.

Then I got home.  Starbucks around the corner from me got to know that "Doctor Heather is on her way to go swimming."  Yes, my soy lattes fueled my morning swims far better than any green smoothie. 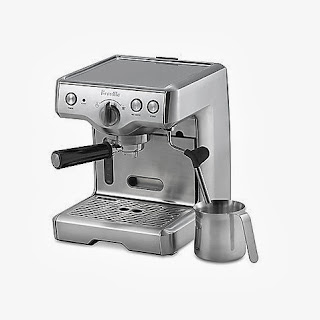 So then it made sense -- why give all my money to Starbucks when I can make my own soy lattes at home?  My parents were kind enough to give me a Breville Automatic Espresso Machine as a birthday present.  And now, in five minutes, I can make my own latte, and it's as good as anything I get at Starbucks, but it's not $3.55 (because Starbucks charges extra for soy milk... grrrr!)

A few things I've discovered as a new coffee drinker --
--Non-dairy creamer isn't soy creamer.  It has palm oil and other artificial crap in it... including casein, which is a dairy product.
--Soy milk seems to work just as well as soy creamer in black coffee.  At least for me.
--Why don't more places offer soy creamer or soy milk instead of that "non-dairy creamer" crap?

Oh and one last thing... I'm addicted.  I need my morning coffee.  At least it's a relatively healthy addiction.
Posted by VeganHeartDoc at 4:53 PM 5 comments:

Coffee -- Not so bad, actually can be good!

There was a great review article in JACC (Journal of the American College of Cardiology) this week on the health benefits and risks of coffee.  I read it because after 38 years on this earth, I have finally become a coffee drinker.

A lot of patients seem to think that when they hear the bad effects on the heart due to meat, dairy, cigarettes, eggs, added sugar, oil, and salt, that somehow coffee is another substance of harm. 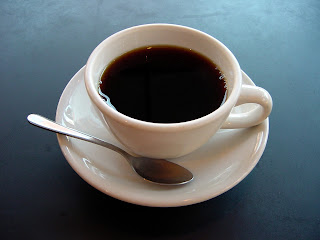 Actually, to the contrary.  Coffee drinkers seem to have a decreased risk of heart attack, stroke, diabetes, and abnormal heart rhythms.  These benefits can be seen in moderate coffee consumption of up to 4 cups of coffee per day.  These benefits may be due to the caffeine in coffee, but there are other chemicals in coffee that may contribute to these health benefits.

The down side, of course, is that some people feel tremulous or anxious with consumption of caffeine.

So, drink up!
Posted by VeganHeartDoc at 8:37 PM No comments:

Last Friday night, I had a vegan potluck Shabbat at my home. Most attendees were not vegans. 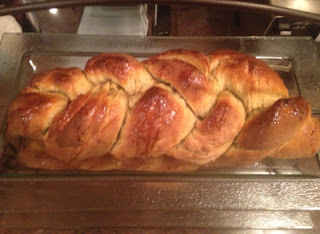 I baked a challah from a recipe for Post-Punk Kitchen. 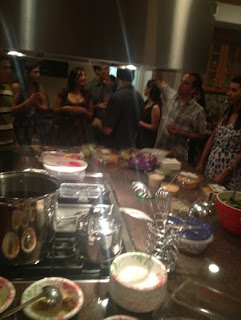 We had lots of options - matzo ball soup (see my passover post from March for links to that recipe). We had a couscous salad, a big kale and tahini salad, lentils, vegan hot dogs, hummus and an Israeli salad. For dessert we had homemade chocolate coconut ice cream, cookies, and plenty of fruit.

Posted by VeganHeartDoc at 9:29 PM 2 comments: