It is true that statins have been shown in randomized controlled trials to reduce the risk of a first cardiovascular event.  The number of patients needed to treat to prevent one event is relatively high, as I have previously discussed, but it is true that there can be a role for statins in primary prevention.

The problem is that the real world doesn't function like a clinical trial.  People who are on a statin know that they are taking a medication with the purpose of lowering their cholesterol.  An important question that I've wondered is, how much does knowing that one is taking a statin affect behavior?

Anecdotally, I can tell you I've had conversations with patients in which they have rationalized less than ideal diet choices by stating that they are taking a cholesterol-lowering statin.  Or more blatantly, the person who goes out for a decadent dinner and then doubles up on his statin dose.

There is a study that was published in JAMA Internal Medicine this week on that subject.  This was a retrospective study looking at the caloric intake of statin users and statin non-users.  The study found that statin users increased their caloric intake by 9.6% and fat intake by 14.4% over the course of the ten year period studied, while non-users had no significant change in caloric or fat intake over that time.  Further, the statin users' body mass index (BMI) increased by 1.2 kg/m2 during that time, while the non-users BMI increased by only 0.4.

So, the increased calorie and fat intake and weight gain of a statin user may negate much of the beneficial effect of the statin medication.

What's a clinician to do?  I think it's important that we make sure our patients realize that a statin medication is not a carte blanche to eat whatever and however much they want.  But I think we also need to be judicious in choosing who we put on a statin as well, and make sure that their risk is appropriate to justify the statin prescription.
Posted by VeganHeartDoc at 9:08 PM 3 comments: 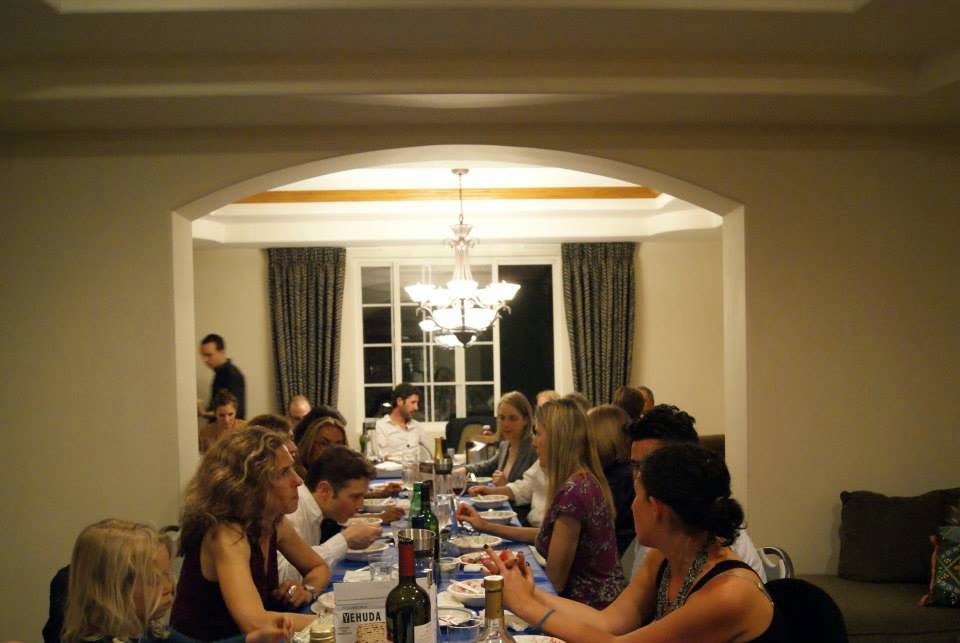 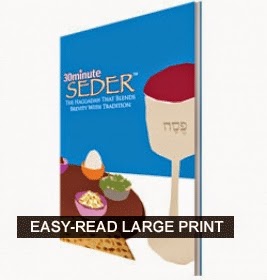 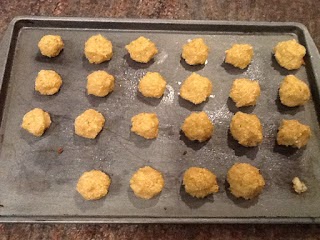 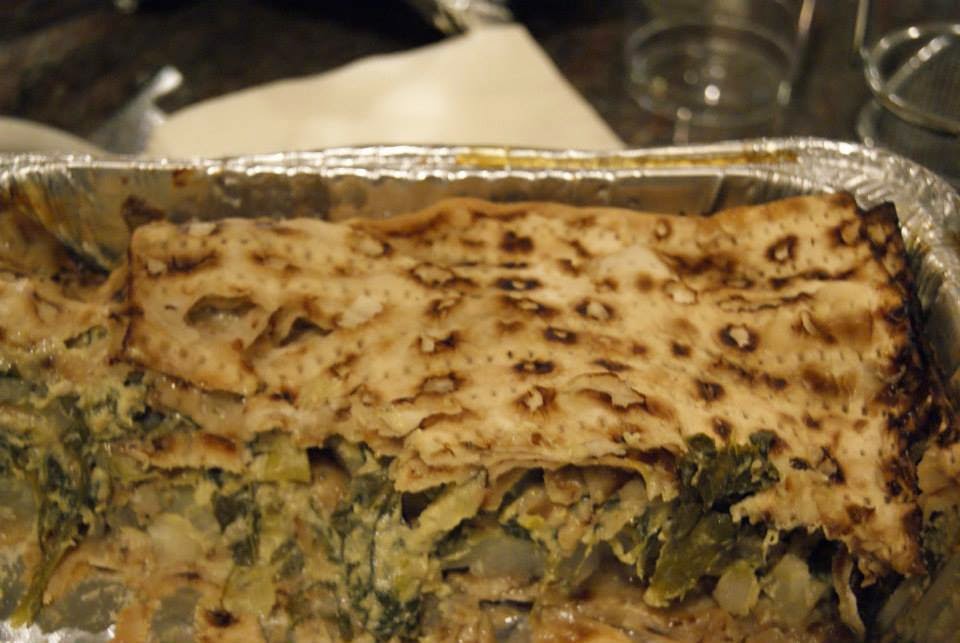 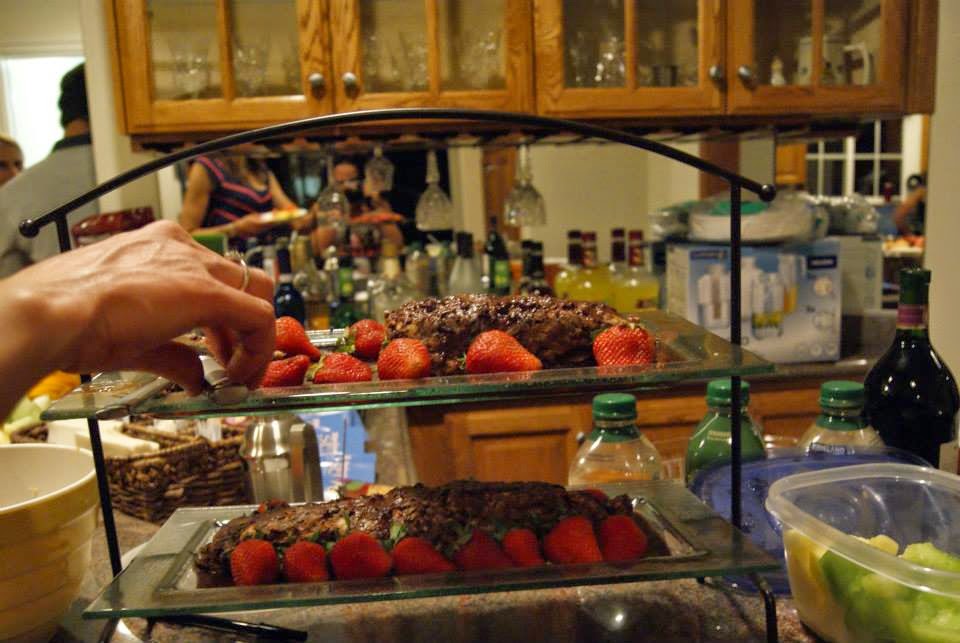 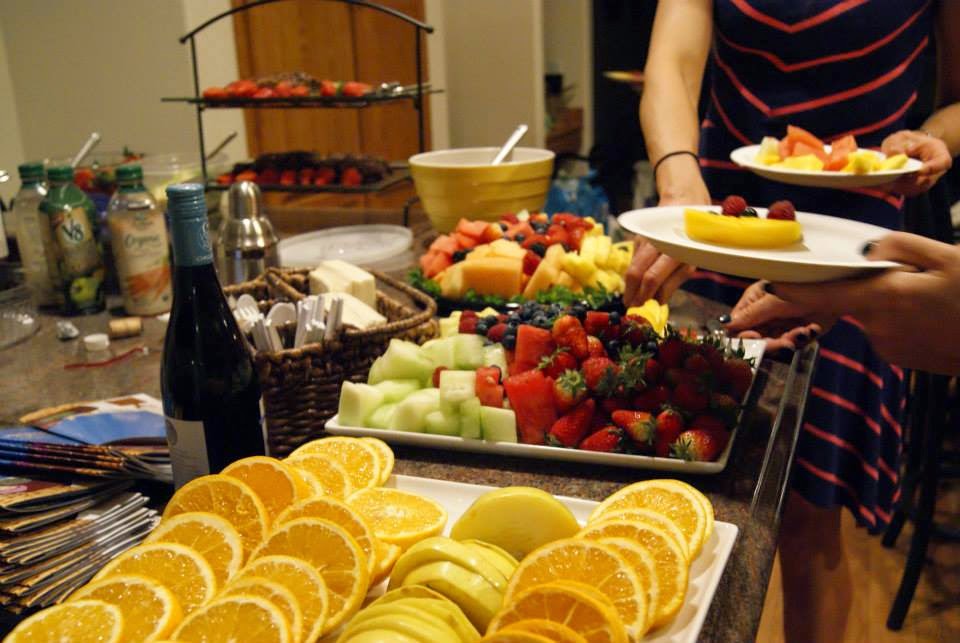 When I fractured my foot back in December, I knew I wouldn't be able to do the marathons I had been training for.  So my goals had to change.

I always looked in awe upon my teammates, particularly my female teammates, who were participating in challenging bike rides, things like the Mulholland Challenge and Furnace Creek 508.  And, I've always been a slightly weaker cyclist compared to my abilities in swimming and running, with the excuse that I have long legs and they're just not very good levers.

So, in those six weeks in an orthopedic boot, I'd go to spin classes 3-4 times a week, and sometimes two spin classes back-to-back.  I'd put my good foot in a stirrup and the booted foot on top of the other pedal.  I got some interesting reactions, a few double takes, a few spin instructors who thought I was "badass", and one who thought I was simply out of my mind and threw me out of her class out of fear that my spinning in an orthopedic boot was unsafe.

As I spun, and swam, I decided on a new goal -- complete some of those challenging rides that my fearless teammates had accomplished.  I signed up for Malibu 7 Canyons Century on March 15 and Mulholland Challenge 120 on April 12.

When the orthopedic boot came off, and I was riding with my teammates, I realized that I've become a stronger climber on the bike.  And I continued training, but now outdoors, with up to six hour training rides scheduled.  Some of the long rides were done while on call, hours of loops around Griffith Park, or up and down Laurel Canyon and Rinaldi Street by Holy Cross Hospital.  But the training rides got done, for the most part.

Malibu 7 Canyons
Imagine this -- come up with a hundred mile ride with the steepest climbs in the Santa Monica Mountains -- Decker Canyon, Deer Creek, Latigo, Portrero, Westlake Blvd.  Then add in the gnarliest descent with the worst condition roads (Yerba Buena), and have riders come down that descent TWICE.  Add in unstocked and unprepared aid stations on an 80+ degree day, no refreshments at the end, and no t-shirts as promised with entry.  That was the Malibu 7 Canyons Century. 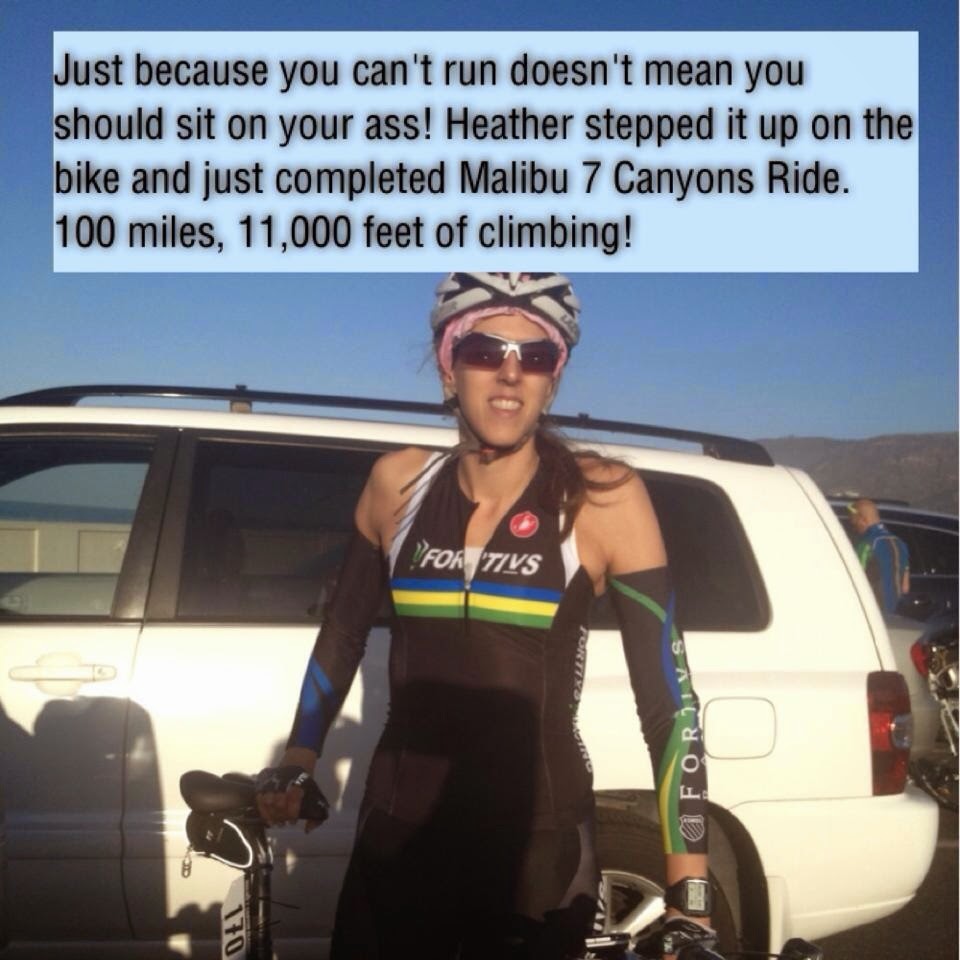 That was the hardest ride of my life.  I was barely turning my legs toward the top of Deer Creek, and on parts of Portrero (mile 70) and Westlake Blvd (mile 85), I got off my bike and walked some of the 17-21% grade climbs.  Highlights of the ride included meeting other local cyclists around mile 55 and joining a pace line of about ten strangers on flat roads as we headed down PCH and Las Posas to our next climb.  Nine hours and forty-nine minutes later, I finished, sore, exhausted, and tired out.

L'Etape du California
I hadn't planned on doing this ride, as it falls a week before the Mulholland Challenge 120 ride.  But, as part of my weekend training before the race, I had done four trips up the Rock Store climb, and seeing several of my teammates sign up, I thought I'd give in to peer pressure and give this race a try.

L'Etape is the eighth stage of the Tour Of California cycling race.  The pro cyclists will be doing this same course in May, so this was an awesome opportunity to ride what the pros will ride.  The race consists of four loops, starting at the Hyatt in Westlake Village, heading east on Agoura Road, south on Cornell, then west on Mulholland, including the Rock Store climb, and then north on Westlake Blvd.

The Rock Store climb is a famous climb for cyclists.  It's about 2.5 miles with an average incline of about 7%, with plenty of twists and turns and beautiful views.  The climb gets its name from the Rock Store restaurant and bar which is at the base of the climb, a joint frequented by motorcyclists.

Results for the ride were based on combined times on all four Rock Store climbs.  I had no plan to win, just to see how fast I could get up that hill. 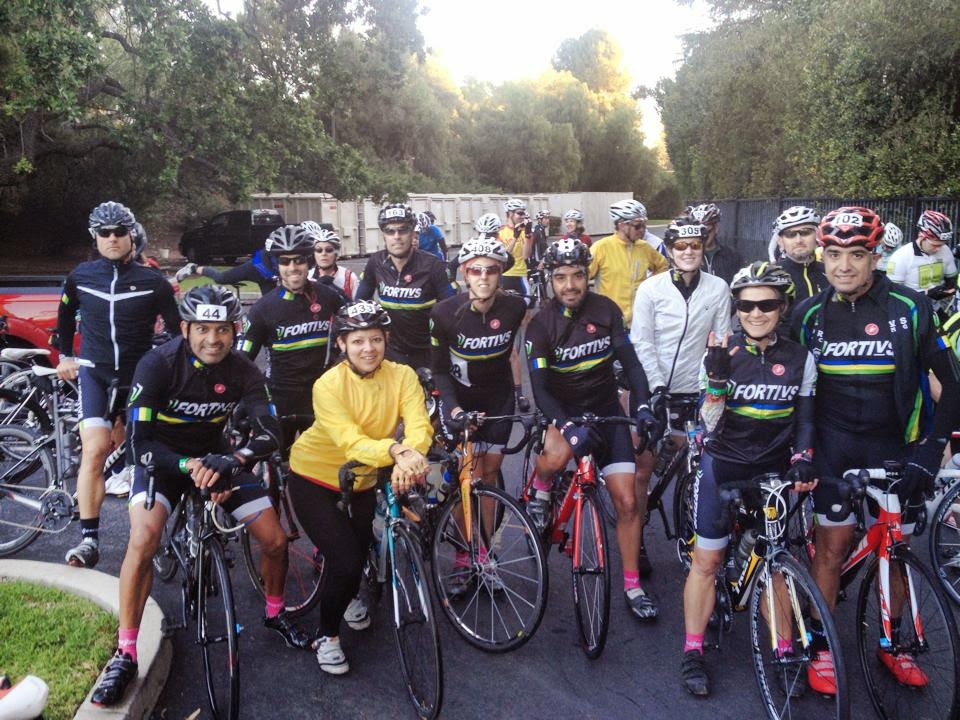 
Climb #1 up Rock Store felt pretty good.  I pushed a little harder on the second climb.  On the third climb, I felt a little bit more challenged.  And somewhere halfway through the fourth climb up Rock Store, I just wanted it to be over, my legs were tired. 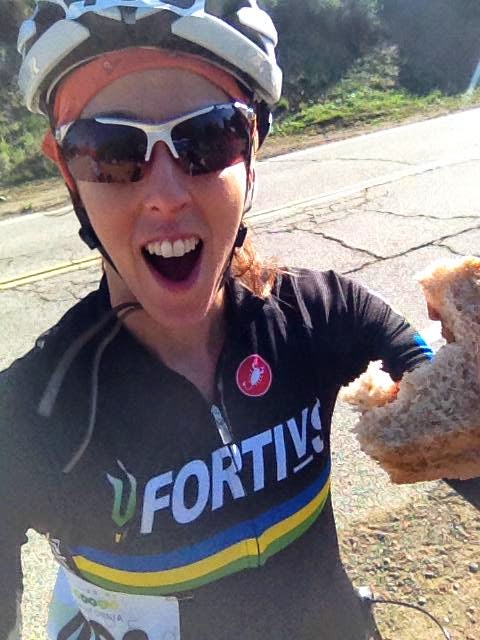 That's me at the beginning of the second loop, having only been up Rock Store once.  My fuel for this ride consisted of coconut water mixed with equal parts tap water, bananas, orange slices, dates, a baked sweet potato, and peanut butter and jelly.  I've noticed I feel better fueling with real food as opposed to the more artificial gels, bars, blocks, and the like.

I enjoyed seeing my teammates on this ride, including my boyfriend Joel, who I did much of this ride with, though he sped away from me on the flats and I caught him on the climbs. 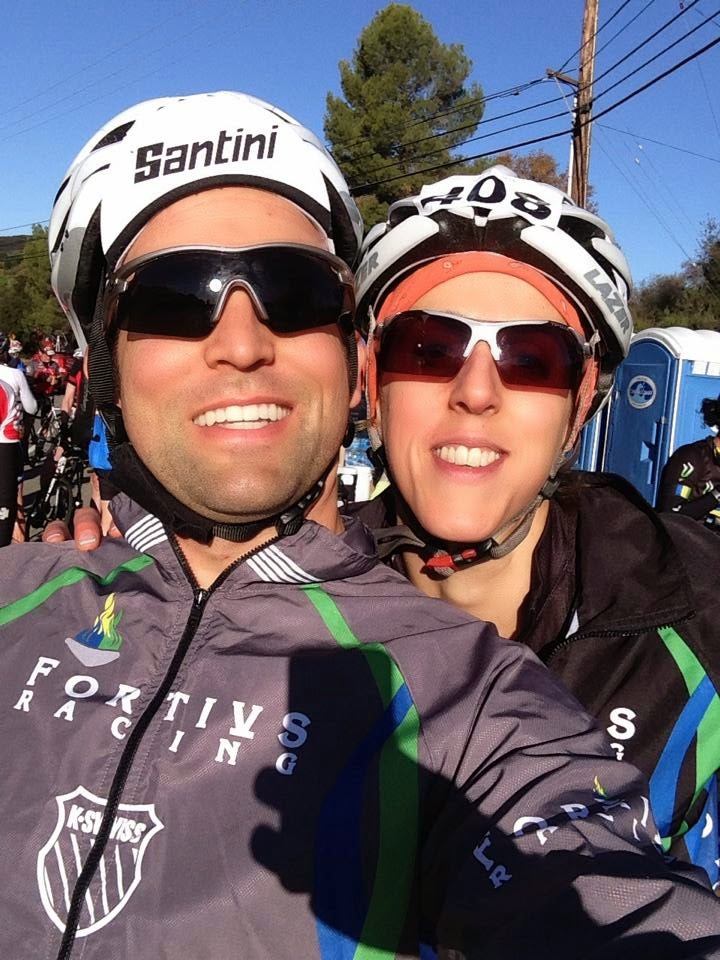 Obligatory selfie at the top of the Rock Store climb.

This was a challenging ride, certainly not as painful as M7C.  While my fingers were frozen and numb in the first eight miles of the ride, by the third loop I needed ice in my water bottles to keep from overheating.  The last half of this ride was easily 80+ degrees, and I was mindful to keep drinking water and consuming fruit for electrolytes once my coconut water was done (the H3O drink on the course simply wasn't palatable to me). 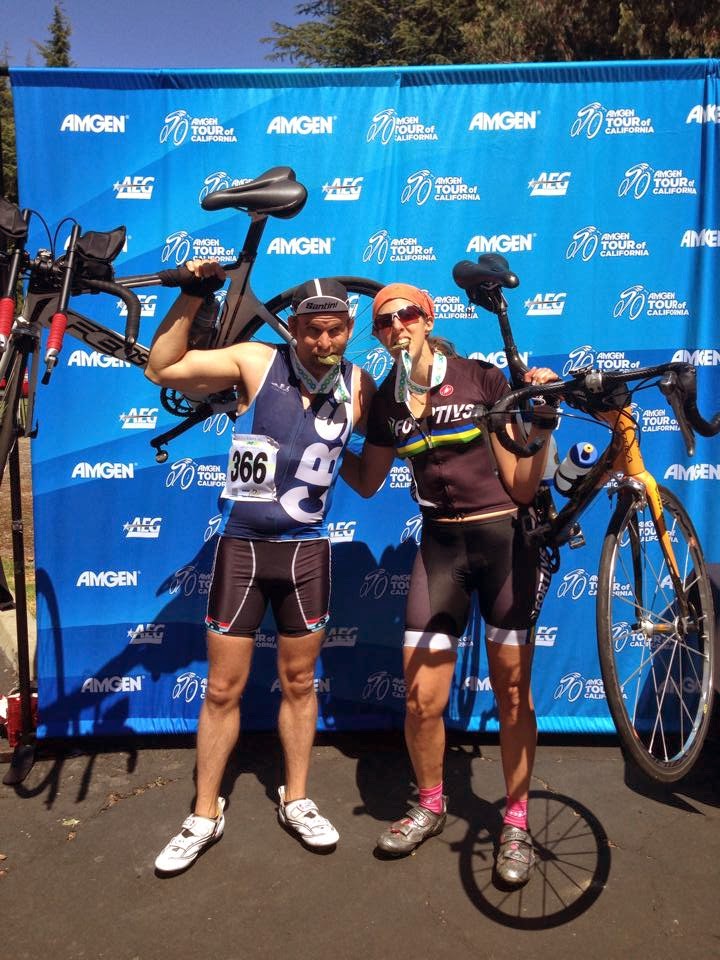 Eighty-two miles later, it felt good to be done.

And the shocker -- I won my age group, women 30-39, for the fastest combined time for climbing Rock Store! 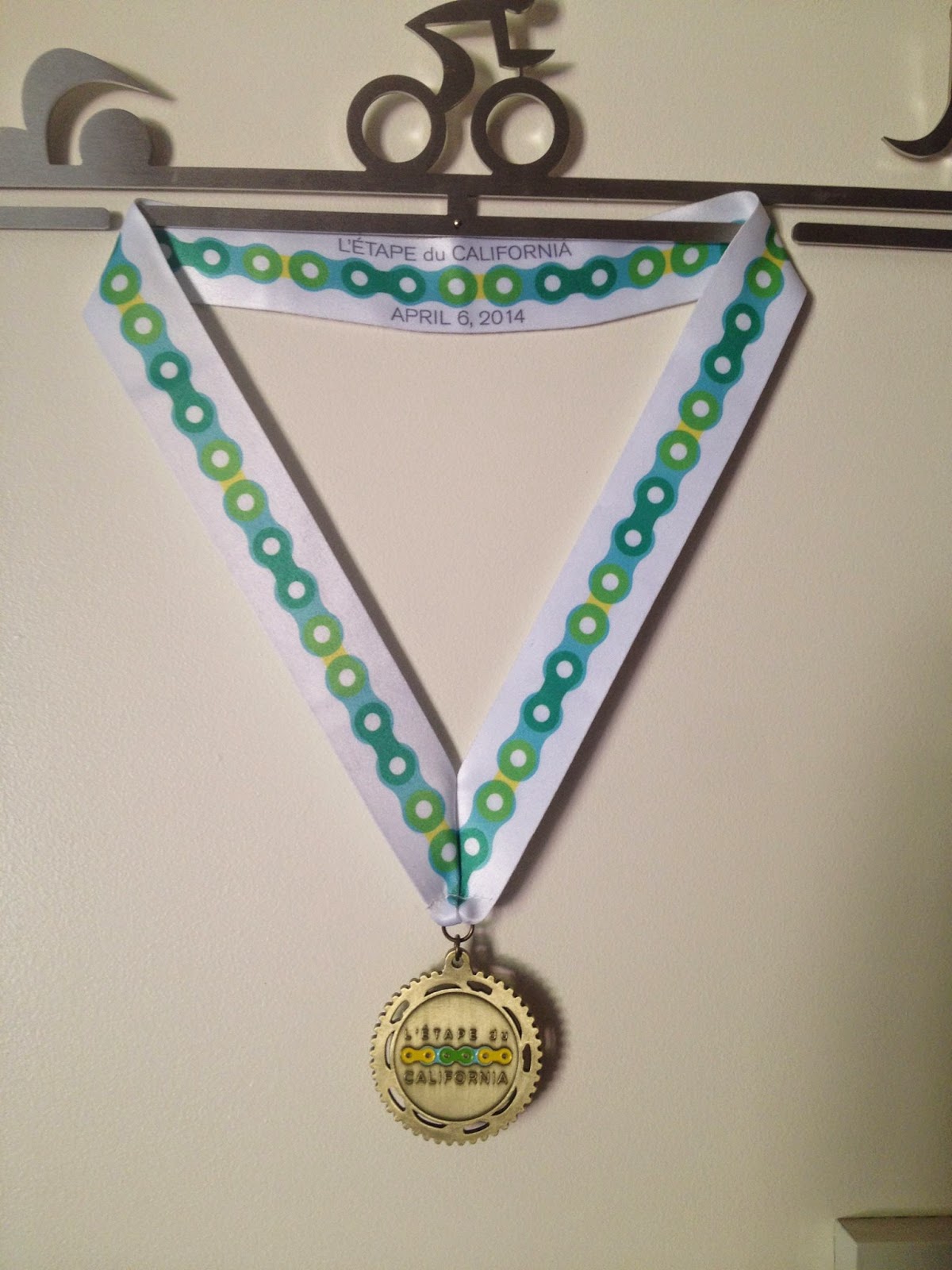 I couldn't be happier.  It's good to see my efforts on the bike over the past few months pay off.  And I feel confident heading into Mulholland Challenge 120.
Posted by VeganHeartDoc at 9:59 PM 1 comment: