My training has been disjointed -- for various reasons, my runs have been broken up. Iliotibial band pain caused a 20-mile run to be run as a 9 mile run one day and an 11 mile run the following day. Another 12-mile run was interrupted by a patient emergency.  So I can't say I had done a complete run longer than 15 miles before the marathon.
I was so excited to run the LA Marathon with the new Stadium to the Sea course, starting at Dodger Stadium and ending in Santa Monica.

Organization was definitely lacking, and in particular, traffic. We were lucky that we arrived two hours early, and even then, we were in a long line or cars to get in. I hear that people were jumping out of the shuttle buses on the 110 freeway because they thought they'd miss the start. Nonetheless, the start was delayed by 25 minutes and we were stuck crammed in the start corral.

Shortly before 8 am, we were on our way. The route began with a loop around Dodger Stadium, then into downtown LA. There were a few small hills. It was crowded.  Someone tripped me and I nearly landed on my face at mile 3.  Then at mile 4, we hit a big hill, the hill heading up to Disney Concert Hall. I saw a guy taking a picture of himself, so I told him to pass me his camera and I took a pic of him. He shot one of me also and gave me his email address. So here's the pic of me that he took climbing that hill. You can tell that it was early on because I was still smiling. 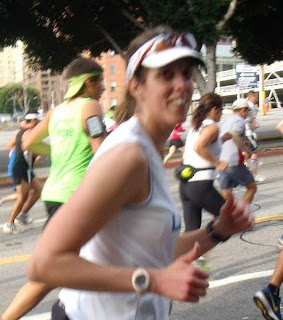 Why run a race if it's not going to be fun?  And this was just a friendly course.  There were people cheering us on along the entire course.  So many fans set up their own hydration stations or handed out cut up fruit and candies and Red Vines.  It's like a buffet, but we definitely have to work for it!  The enthusiasm of the spectators is what pushed me through the second half and to the finish line.

I started too fast.  I thought I could go at a 9:45 pace.  But, I may have been a little faster for the first few miles, thinking I felt really good.  But, around mile 11, my legs began to feel way too heavy.  My mile times were getting slower.  The bottoms of my feet hurt.  In Beverly Hills at mile 16, when I saw one of my mile splits was 10:30, I decided I was done watching my pace and I just wanted to be done.  By mile 20, running through the VA, I wasn't sure I would make it.

I love beer during a long run.  At mile 22, there were a couple spectators passing out beer.  I eagerly swigged down the small cup of beer -- it tasted so good!  I have drank beer during three of my eight marathons, including my personal best time in Long Beach in October.

San Vicente is a downhill through Brentwood and then into Santa Monica.  I sure didn't feel like it was downhill!  But, I was so happy to see people I knew, friends, tri-club members, and friends from the track, on the sidelines cheering me on.  On the last mile, I saw Coach Jamie, and I think I stuck my tongue out at him to let him know I felt like crap.  Not very nice of me.

I'm thrilled to hear when people I know are able to improve their health through lifestyle change.  Here's a few recent success stories:

* A young physician with high cholesterol adopts a vegan diet.  As a result, her LDL cholesterol drops by more than half, down to a normal level, while her HDL (good cholesterol) remains stable.

* A woman in her early 50's with high blood pressure and a history of other complications after surgery a few years ago initially comes in with chest pain.  She was an avid swimmer, having recently joined a master swim group.  I put her through a stress test, during which she was able to walk and run on the treadmill and the test was negative for ischemia (in other words, no evidence of significant coronary disease).  She is free of chest pain, has her blood pressure under control, and now swims competitively and has completed two triathlons and is training for her third.

* A man in his early 40's who is significantly overweight and with elevated triglycerides starts working out with a personal trainer and adopts a vegan diet.  His personal trainer tells me that so far he has lost more than 5 percent of his body fat and is getting fit.  While I have not seen his repeat lipid panel since his lifestyle changes, I am sure that he will have great improvements.
Posted by VeganHeartDoc at 10:10 AM 3 comments:

We all have those products that we rely on for performance. Here are mine: 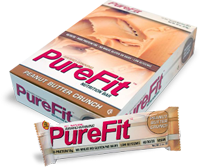 PureFit Bars
These bars are amazing!  They have anywhere from 200-240 calories, 18 grams of protein, and less than two grams of saturated fat per bar.  They are perfect fuel in the middle of my afternoon.  Today I ate one to refuel as I was losing steam on a tough hill climb on my bike -- it worked!!!  PureFit bars are vegan, kosher certified, and gluten-free.  I just ordered six boxes online -- http://www.purefit.com/ 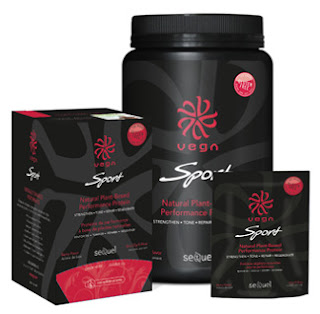 Vega Sport Performance Protein
This stuff is fabulous for refueling after a tough workout.  One scoop has 110 calories and 20 grams of protein, including branch chain amino acids.  The instructions on the package say to mix one scoop with a cup of water.  I prefer to mix it with water and a splash of orange juice, or better yet with a soy yogurt.
Clif Shot Bloks 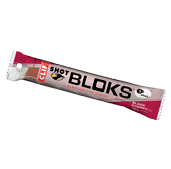 On a long run or bike ride, it's critical to take in fuel and electrolytes.  Clif Bloks are easy to ingest.  Three blocks contains 100 calories, 70 mg sodium, 20 mg potassium, and 24 grams of carbohydrates.  I love the fact that the blocks are not messy like gels.  And, they're tasty, kind of like gummi bears!
Posted by VeganHeartDoc at 7:56 PM 3 comments: