Aspirin in the News..... Again

Aspirin is a common generic medication.  While it is potent in reducing the risk of heart attack and stroke in those who have already had such events, it can also provide some benefit to those who want to prevent a first heart attack or stroke.  However, even a daily baby 81-mg dose of aspirin can cause bleeding.

The U.S. Preventive Services Task Force (USPSTF) has issued a draft recommendation updating its previous guidance from 2016, based on new evidence.  The suggestion is that those who are between the ages of 40-59 and are at risk for atherosclerotic cardiovascular disease should have a conversation with their physician about whether or not they should be on aspirin, due to the risks of bleeding. 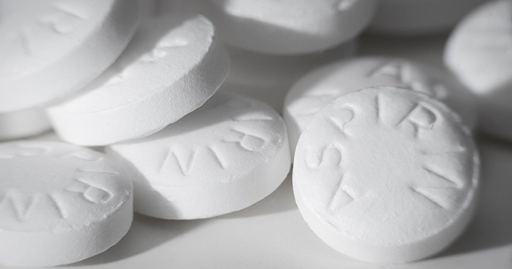 Source: Adobe Stock
Sometimes, these messages are lost in translation.  At times, that message is interpreted as "aspirin isn't necessary for anyone".  With previous similar recommendation updates on aspirin, I've had patients with previous heart attacks and strokes, and even patients with brand new stents, stop their aspirin.  In particular, stopping aspirin with a brand new coronary stent can be absolutely catastrophic, increasing the risk of thrombosis or clotting in the stent.
I anticipate at least a half dozen phone calls to my office from my patients on this topic in the next few days.  And I welcome those calls.  I'd rather take a few minutes of my time to clarify an individual patient's need for aspirin than to see him or her stop aspirin inappropriately.
As always, my blog is not a substitute for medical advice.  Please don't be afraid to talk to your doctor if you aren't sure if you should be taking aspirin.
Posted by VeganHeartDoc at 4:26 PM